Our showroom is open by appointment only, please phone ahead to book your time.

When Is My Spa Too Old To Repair 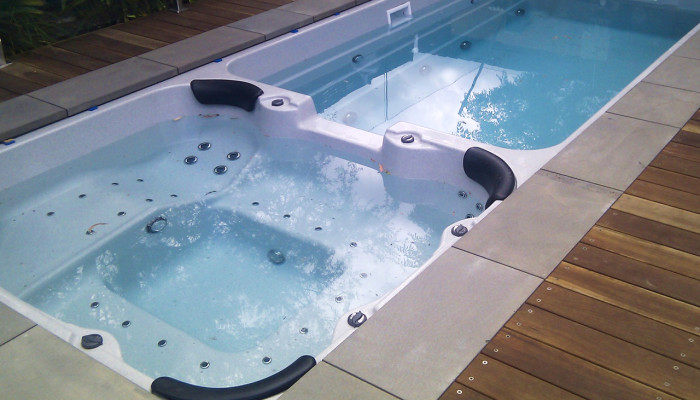 Swim spas are durable and built to last several years. Still, they're not invincible. Swim spas can be vulnerable to wear and tear, too. If your swim spa has been damaged, how do you know when to go for repairs and when to throw in the towel?

In general, your swim spa is considered too old for repairs if:

It needs multiple fixes and repairs

Is your swim spa suffering from serious leaks? Did you somehow forget to address that hairline crack on the shell that has now grown into a huge structural headache? Maybe your circuit board needs an overhaul?

If your swimming spa has any two of these major issues at a given time, maybe you should consider buying a new one.

Minor leaks from a broken gasket or seal can be repaired, but addressing a leak that's draining your swim spa faster than it could fill to capacity is another issue altogether. The hassle of pinpointing the cause of the leak alone is already a huge headache.

Things could be trickier if your swim spa has a cracked shell or a damaged frame. Often, you'd need a major overhaul for a cracked shell, and even then, getting your spa back to top shape is not a guarantee. Similarly, if your spa's frame is broken, it's time to retire the poor thing and get a new one.

You can't buy replacement parts because they've all been phased out

You know your spa’s too old if replacement parts are near impossible to find. Swim spas are meant to last for around 10-15 years. Because of advances in technology and design, however, it’s not uncommon to see new swim spa models being made every couple of years.

If your swim spa is around 8-10 years old when it broke down, chances are you won’t be able to find the necessary parts to bring it back to life anymore. It would make sense to just invest in a new unit.

Swim spas are major investments, so if you’re on the fence about doing repairs versus buying a new spa, it’s best to let the numbers do the talking. Sit down and do the math: will repairing your old swim spa cost more than half the price of a new one? Is a new model going to save you more money in the long run by cutting down maintenance costs, having better warranty and more energy-efficient features? Crunch your numbers and make a decision based on your results.

As mentioned earlier, newer swim spa models are better designed and are equipped with sanitary and energy-efficient features that could save you a lot of money in the long run. If your old swim spa has been giving you problems and is at the end of its lifespan anyway, it would make sense to retire the old machine and just get a much-needed upgrade. 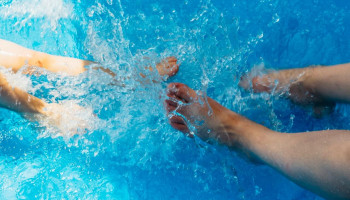 28 May, 2019
Although everyone loves a bargain, don't let a misleading price tag fool you into buying a cheap spa pool.

Hot Tubs
Installations
Repairs
Spa
Swim Spa
Don’t like forms? Email us:
info@myspasydney.com.au
Thank you! Your submission has been received!
Oops! Something went wrong while submitting the form.